Several Marion High School students were honored by the Marion Community Schools Board of School Trustees at its Sept. 25, 2013, meeting for their achievements over the summer at the national convention of Mu Alpha Theta, a national mathematics honor society.

Nineteen members of the Marion High School chapter of Mu Alpha Theta attended the convention in San Diego July 21-26, 2013, where about 600 students from across the participated in a variety of competitions as individuals and teams. The Giants finished 18th overall out of 45 schools.

To learn more about the group and its accomplishments, click here. 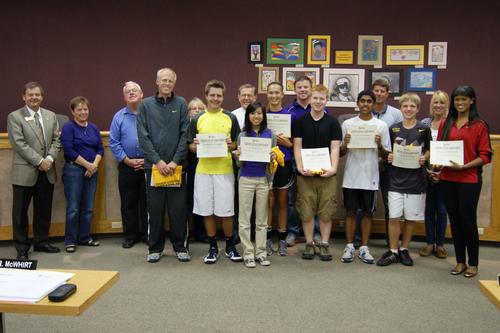