The Army JROTC program from Marion High School sent their Raider Team to Anderson Saturday to battle against seven Navy JROTC programs from across the state. All the teams faced a series of physically challenging events that required problem solving and teamwork. But at the end of the day, Marion’s Army JROTC was standing victoriously on the high ground while the Navy units were left sinking on the shoals.

“It was a tremendous performance by our Raider Team,” said retired Lt. Col. David Farlow, the coach for the Raiders and the program’s Senior Army Instructor. “Clearly our cadets were at a higher level of physical fitness and general preparedness for such an event.” 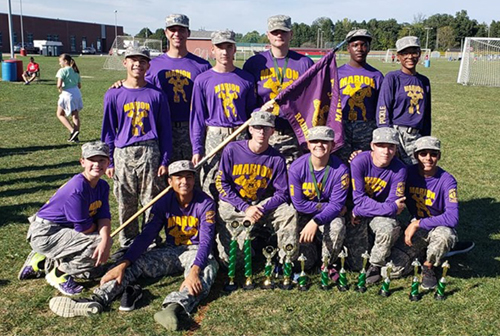 “The competitive events were not anywhere near as challenging as what we normally face at a Raider competition,” said senior Josiah Hamilton for the Marion Varsity Raider team. 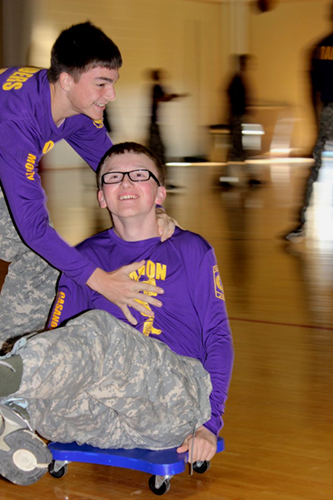 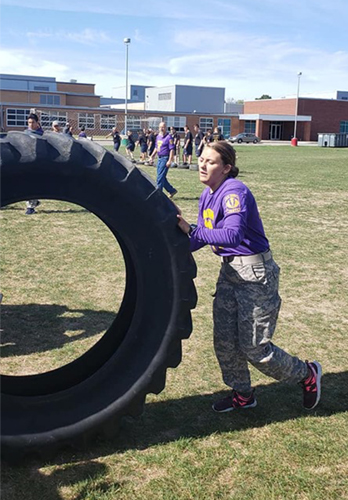 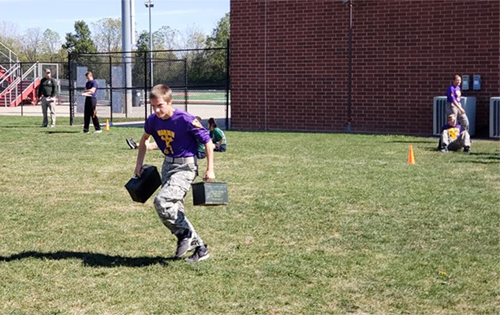 This victory follows a first place finish two weeks ago in Dayton, Ohio, and a third place finish at Eastern Kentucky University earlier this season.

But Farlow cautions his team not to be overly confident, as the true test of their mettle is yet to come.

“We will face our toughest competitor on their home turf when we travel to Hobart High School on Oct. 19,” Farlow said. “There is always a fierce competition between our two teams at Hobart.”

The Giants defeated Hobart on their home turf last year for the first time ever.

The following weekend after the Hobart match, the Giants will travel to the Indiana Raider State Championship at Camp Atterbury.  There they will face the 17 best teams from across the state.

The Giants will then travel to Molena, Ga., the first weekend in November to defend their title at the JROTC Raider National Championship.

“The trip to the Raider Nationals is expensive with transportation, lodging and meals,” Farlow said. “We would welcome any donations to help our team travel to the National Championship. Just $25 can help to sponsor a cadet.” 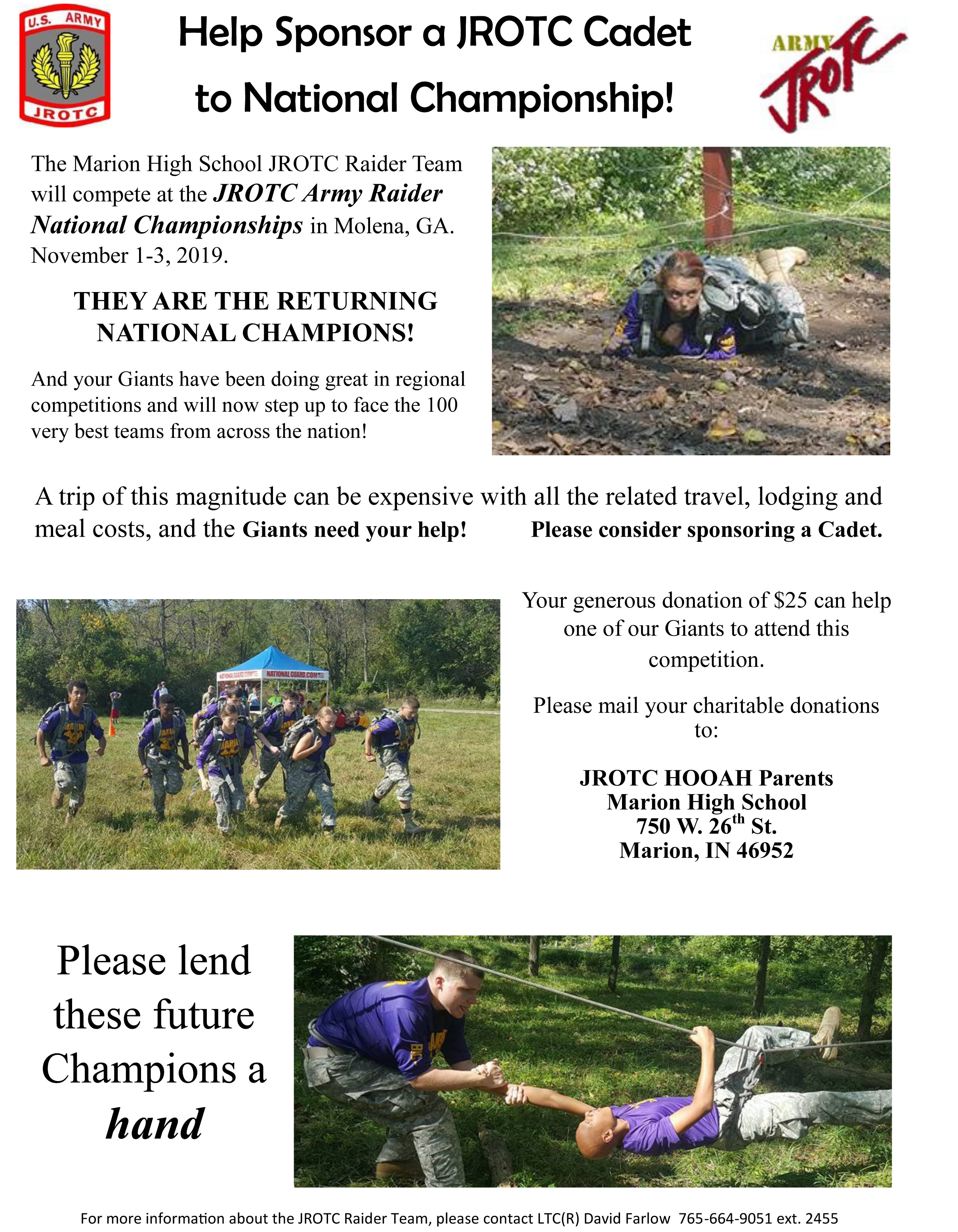