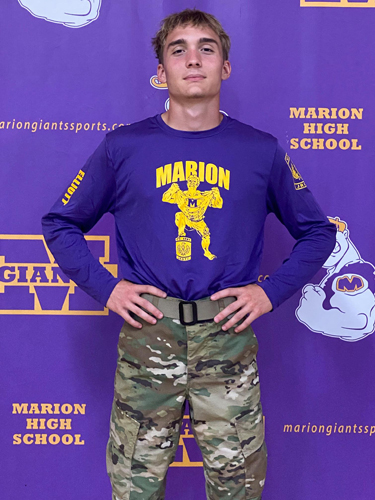 Students awarded the scholarships can choose to attend any of the more than 1,000 colleges and universities that have an Army ROTC Program, and the money can be used to pay for tuition, room and board, books and fees. Additionally, the cadets will receive a monthly stipend to cover incidental costs.

"Nic Elliott is an exceptional young man and leader," said retired Lt. Col. David Farlow, the Marion JROTC program’s Senior Army Instructor. "He is exactly the kind of junior officer that I would have welcomed into my command. His participation in ROTC will only strengthen and enhance his already amazing skills and abilities."

The scholarship recipients must enroll in ROTC for all four years of college. Upon graduation, they will be commissioned as Second Lieutenants in the U.S. Army and have to serve either on active duty or in the reserve components of the Army (Army Reserves or National Guard).

The Marion High JROTC program is in its 11th year and has produced nine cadets who have been awarded ROTC scholarships in just the last seven years. The total value of the ROTC scholarships earned so far by MHS students is nearly $1 million.