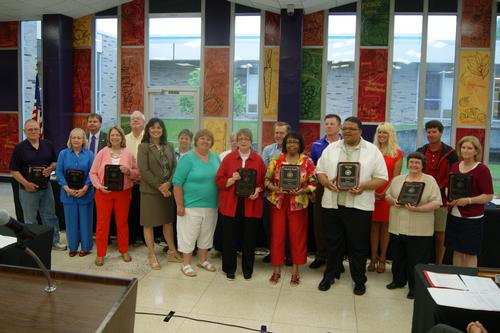 Retirees were honored at the School Board meeting on May 28, 2014.
Marion Community Schools would like to thank the following employees for their years of service to the school system, and congratulate them on their retirements: