The competition, hosted by the Indiana Army National Guard, pitted the best Raider teams from across the state in a series of physically demanding events designed to test the strength, stamina, and teamwork abilities of the competing cadets. At the end of the competition, the Marion team missed the Championship title by just two seconds on the Cross Country Run event.

“This competition demonstrated to everyone that the Marion Giants are a great Raider team,” said retired Lt. Col. David Farlow, the Giants’ coach and Senior Army Instructor for the MHS JROTC program. “It was tough to lose the Championship by just two seconds on one event. But that means we just have to train and work harder.” 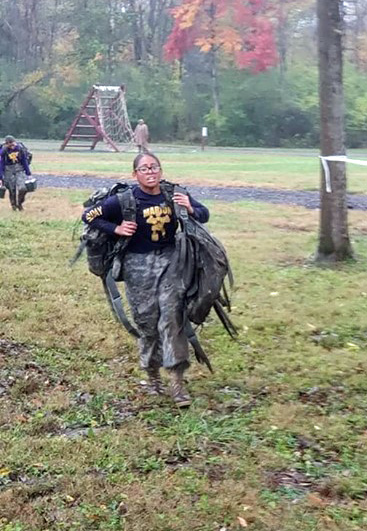 Each 10-person Raider team representing JROTC programs from the Army, Navy, Air Force, and Marine Corps from across the state competed in the following events:

“The penalties we received on a couple of the events killed us and moved us from first to second place in two events,” said Tayler Garriott (senior), Marion’s Raider team captain. “We need to reduce our penalties and just run faster when we go the National Championship next week.”

Competition continued throughout the day, and cold rain brought on fatigue. After nearly three straight hours of competitive events, Marion’s team rotated to their final event, the Cross Country Run. If the Giants win that event they would be the State Champions. But regrettably, the Giants were edged out by just two seconds for the event and overall championship win by the team from Hobart High School. 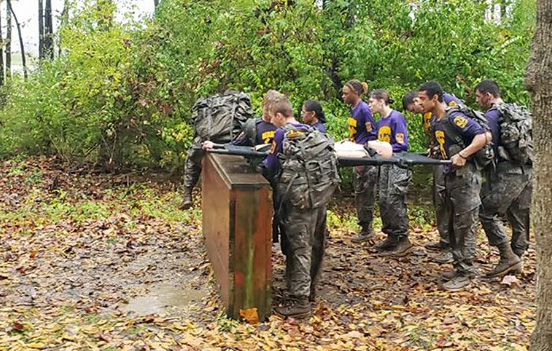 The Giants travel this weekend to the JROTC Raider National Championship in Molena, Ga. There they will defend their title of Best Small School against the 93 best teams from across the nation — and there they will get another shot at Hobart High School.

Individuals and organizations interested in helping to sponsor the Raider Team’s trip to the National Championship should contact the Marion High School JROTC at 765-664-9051 x. 2455.