Four Marion High School students earned the highest regional honors for their artwork submitted to the Scholastic Art and Writing Awards at the Fort Wayne Museum of Art, and their works will continue on to national-level competition. Two other students were also recognized for their outstanding work. 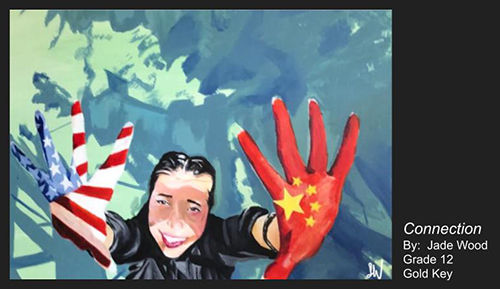 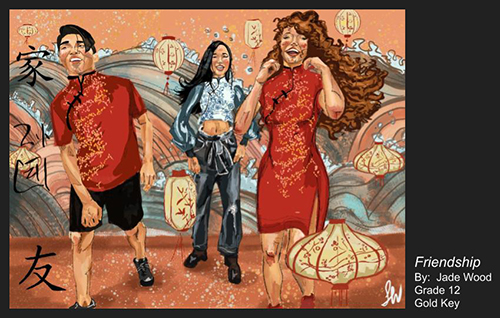 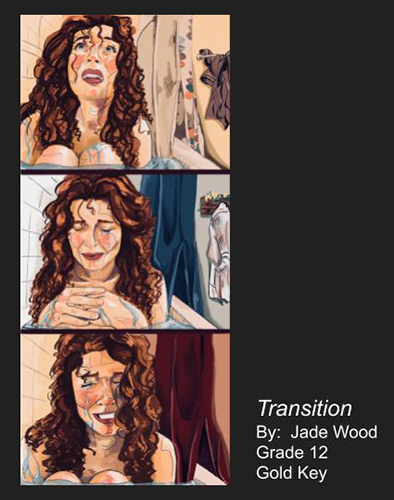 Kira Humes, MHS senior, earned two Gold Key awards for her digital art work titled “Trapped” and a piece titled “1:15am Healing” in the drawing / illustration category. She also earned Silver Keys for two of her digital art works titled “freedom” and “Coming Out”; and Honorable Mentions for a mixed media piece “It’s Blocked”, and two pieces in the drawing / illustration category, “Electric Lady” and “Look Beyond”. 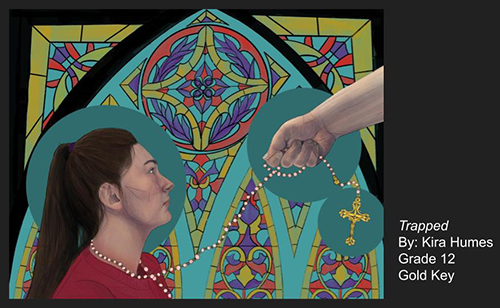 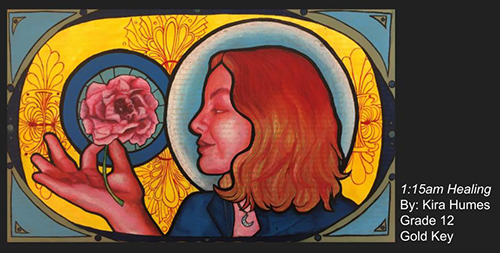 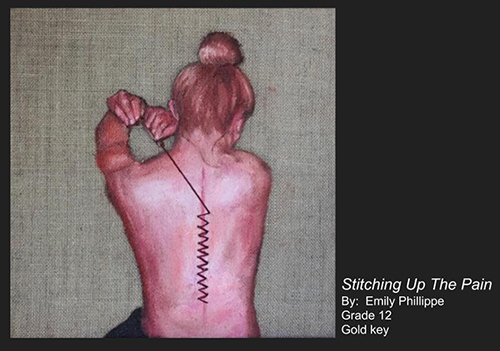 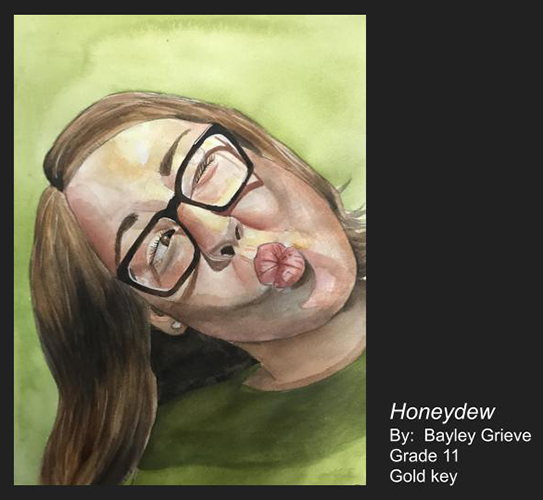 Savannah Fry, MHS junior, earned an Honorable Mention for her critical essay, “Identity and Choice”. This is the first time in recent years that Marion has had an honoree in the writing portion of this competition!

The museum’s scholastic competition involves 52 counties in northeast Indiana and northwest Ohio, and all artworks will be on display at the museum, 311 East Main St., Fort Wayne, from Feb. 8 through April 11. Museum hours, admission fees and directions are available at the museum’s website, http://www.fwmoa.org/Visit.

All pieces that earned a Gold Key will be part of a competition in New York this spring. According to the FWMoA website, the high caliber of entries into the Fort Wayne competition has propelled the region to be one of the top regions for national awards given in the past few years.