The Color Guard is the team that presents the American flag, the state flag, and the battalion flag at basketball and football games and other important occasions in the school and community. Additionally the Color Guard competes against other schools along with the Drill and Exhibition. If you have more questions about this team, the Instructor is Command Sergeant Major (retired) Smith. We hope you try it out! 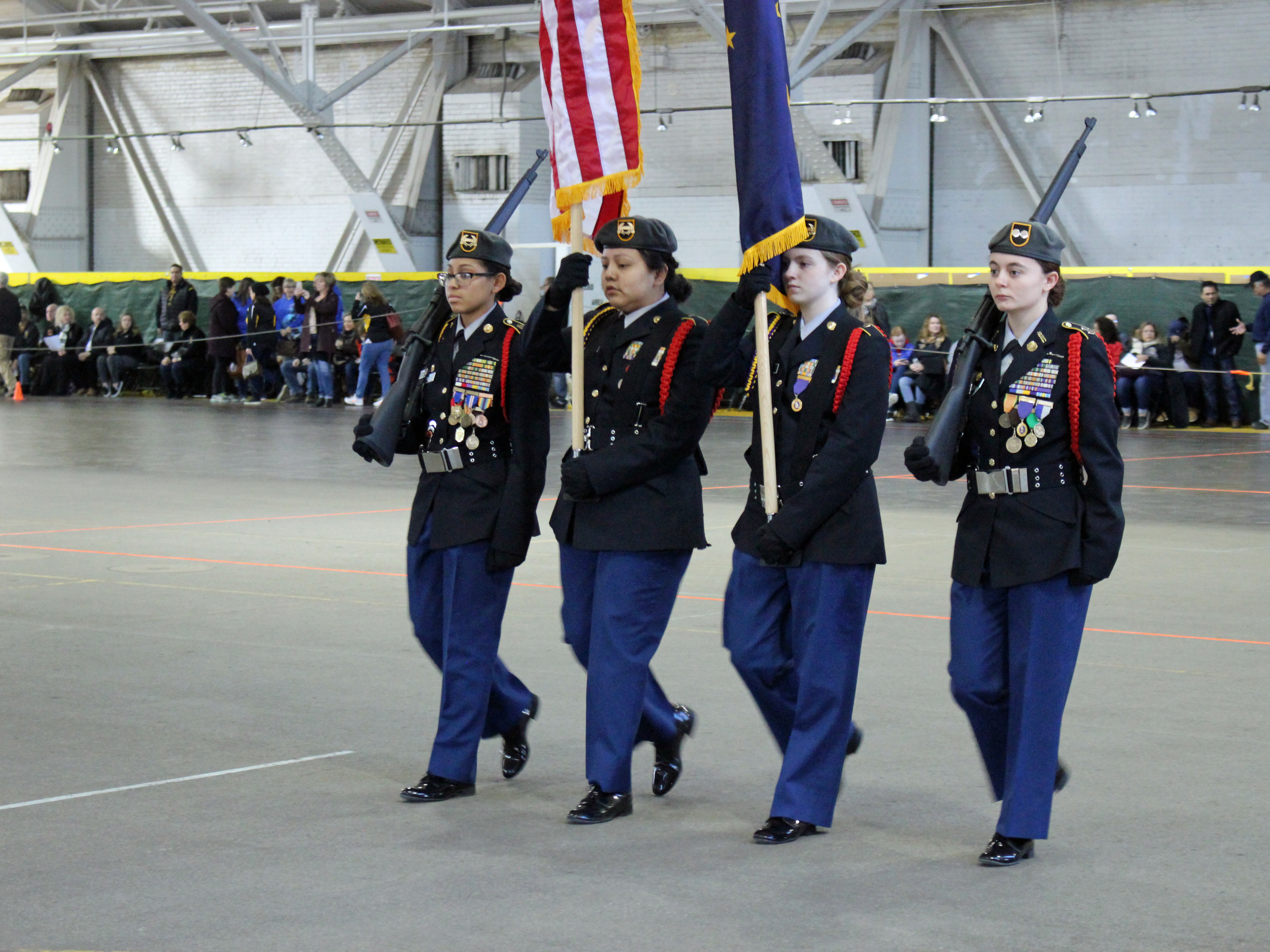 The Drill Team is a team that  deals with the exactness of marching. The members of the team are scored on their ability to march, with or without drill rifles, as exactly as possible.
The Exhibition team is a team that competes at the same competitions alongside the Drill team, but along with being graded on preciseness and the exactness of their ability to march, they are also scored on creativity with and without rifles. 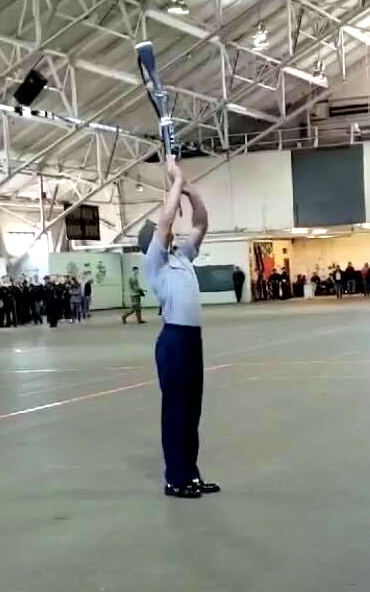 >> Click here to see an example of a solo exhibition performance

The Raiders Team is our physical fitness team. At raider competitions, cadets will face a series of obstacles and events designed to test their strength, enderence, and ability to work together as a member of a team. Our raider team has won the National Championship twice, and the Indiana State Championship once.

NOTE: All Cadets who participate in this team will be required to have a physical on file with the school. 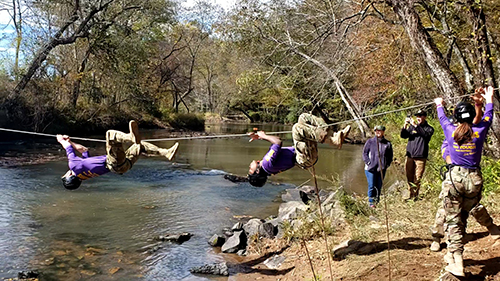 >> Click here to see an example of our events at our own competition. Each competition is different, this is merely an example.

The team is quite simply cadets shooting air rifle pellets at a target. The air rifles are top of the line. The members are scored on their ability to precisely shoot a target consistently from ten meters away. Our team has won the Indiana State Championship twice, also our team has qualified for multiple National level Championships.

NOTE: The cadets will be required to pass a safety test. 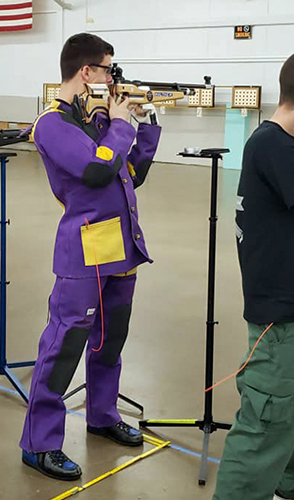 This team is our brain team. The members of the team take tests once every couple of months. These tests are SAT and ACT questions on math, English, and world events. If the teams pass the first test, they progress to the second, and if they pass the second with a high enough score, they do the third test in Washington, D.C., where they compete against the other top teams in JROTC.

The Leadership Team tests Cadets’ knowledge about leadership. These Cadets are hand-selected to be on this team. They compete against other JROTC programs around the country. The top teams go and compete in Washington, D.C.