MHS JROTC Raiders start season off with a runner-up title

The Marion High School JROTC Raider Team kicked off their fall season with an impressive start at the Blackford High School Raider Challenge. The Giants racked up six top-three finishes from among the eight competitive events, earning a second place overall finish.

But that does not tell the full story of their performance.

“This was a great effort for the cadets in our first competition of the season,” said retired Lt. Col. David Farlow, MHS JROTC Senior Army Instructor and Raider Team coach. “We were barely edged out of the first-place finish by just one point. We chose to compete three or four female cadets in each event, while the winning school only competed the required two. We consciously made this choice because at both the state and national Championships four female cadets compete in every event. So, we are preparing for bigger and better things.”

The Giants won the cross-country 2-mile run and took second place in the litter carry, physical team test, rope bridge, and board walk events. They placed third in the obstacle course.

“I am so proud of my team,” said senior Cadet Kylee O’Neil, the Raider Team commander. “Our teamwork was really strong, and we performed well together. It was a challenging competition but easily within our capabilities.”

The MHS Raiders will compete next at Hobart High School in early October. 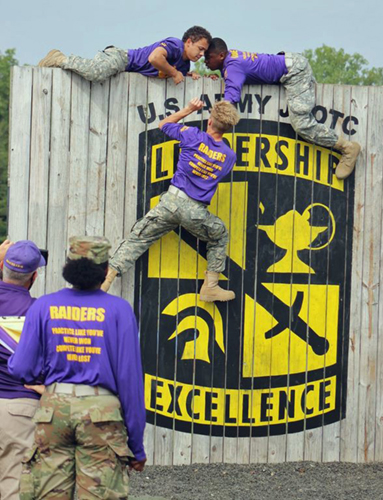 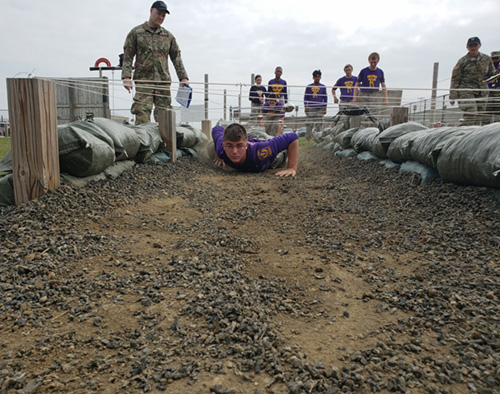 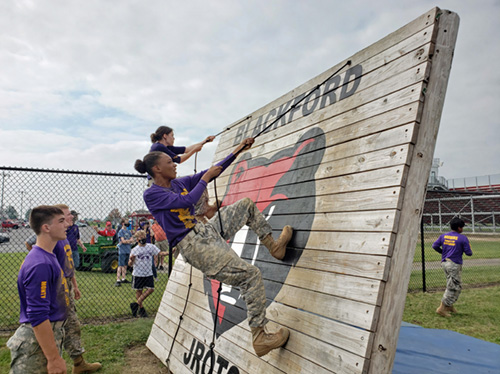 MHS JROTC Cadets Dajaia Weaver and Jessica Pickell climb the 10-foot angled wall during the recent Raider competition at Blackford High School. Speed was of the essence as these Raiders rapidly scaled the wall while teammates Hayden Montgomery and Jaron Hofmann wait their turn. 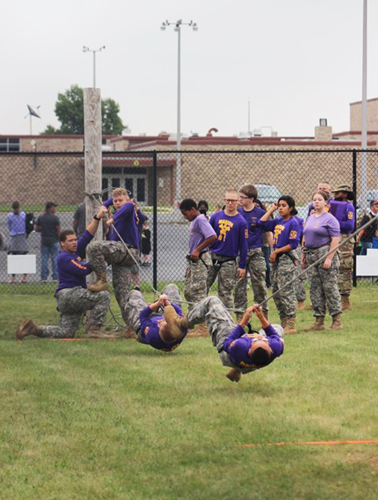