The story of Carl Erskine, the man legendary broadcaster Vin Scully said is "living a perfect game," is coming to the big screen in Marion, with the showing of “The Best We’ve Got: The Carl Erskine Story.” Erskine has been a pivotal figure in Special Olympics Indiana’s history, and the organization has partnered with Ted Green Films to spread Erskine’s messages of friendship, inclusion, servant leadership, and respect.

Tickets for the Oct. 12 event are at no cost thanks to sponsors Indiana Wesleyan University, Grant County Special Education Cooperative, Special Olympics Indiana-Grant County and Carey Services. To get your tickets, email Lisa Graham at lisa_graham@olemiss.k12.in.us.

“Carey Services is more than excited to be a sponsor and partner in helping ‘The Best We’ve Got – The Carl Erskine Story’ to be made available to the Grant County and surrounding communities,” Jim Allbaugh, President/CEO of Carey Services, said. “Carl Erskine’s passion, and his own personal story of supporting and loving people with disabilities, will be on full display in the Grant County community, and people will love being able to learn about Carl Erskine so they can carry on his legacy.”

“The Best We’ve Got” premiered on the big screen Aug. 11 at the Paramount Theatre in Erskine’s hometown of Anderson. The film, produced by renowned filmmaker Ted Green, takes a deep dive into Erskine’s upbringing as a child and his legendary career in Major League Baseball with Jackie Robinson, the first African American to break the color barrier in a sport that was segregated for more than 50 years. That is only a fraction of Erskine’s impact. The film takes viewers on Erskine’s most proud adventure, when he and his wife, Betty, had their son Jimmy, who was born with Down Syndrome. The documentary also shares the impact the Erskines have made on Special Olympics as well as the social change they have influenced across the country.

Erskine has been referred to in many ways. In the classic baseball novel “The Boys of Summer”, Erskine was called a philosopher, a poet and an “existential man.” A New York sportswriter called him “the gentleman from Indiana.” Dennis Schmidt, former CEO of Special Olympics Indiana, said Erskine is the most decent man he’s ever met. Former Indiana Gov. Mitch Daniels, in giving Erskine the state’s
highest honor, said simply, “He’s the best we’ve got.”

Green has dedicated many laborious hours through the years to inform the world about the life of one of the best humanity has to offer. “The Best We’ve Got” includes powerful and inspirational interviews from some of the most respected figures around. Charley Steiner, winner of multiple
national Emmys at ESPN and the lead radio voice of the Los Angeles Dodgers, narrates the documentary. The late Vin Scully, who spent 67 seasons calling games for the L.A. Dodgers, is featured in the film. Other notable figures are Bob Costas, Indiana Gov. Mitch Daniels, and Dr. Tim Shriver, son of Special Olympics founder Eunice Kennedy Shriver and current chairperson of the Special Olympics International Board of Directors.

In addition to this film, Special Olympics Indiana is proud to partner with Green in developing the Erskine Personal Impact Curriculum. EPIC is a set of educational materials for elementary, middle; and high school students that released at the start of the 2022-2023 school year in conjunction with the film. More than 70,000 books have been ordered and shipped to 300 schools across the state of Indiana. The curriculum promotes social and emotional learning for every age level, using stories and experiences from Erskine’s life to create lessons and activities with themes including empowerment, friendship, inclusion, and servant leadership. Visit SOIndiana.org/epic/ to order a preview packet.

Visit carlerskinefilm.com to view a trailer of the movie or to learn more about Carl Erskine. 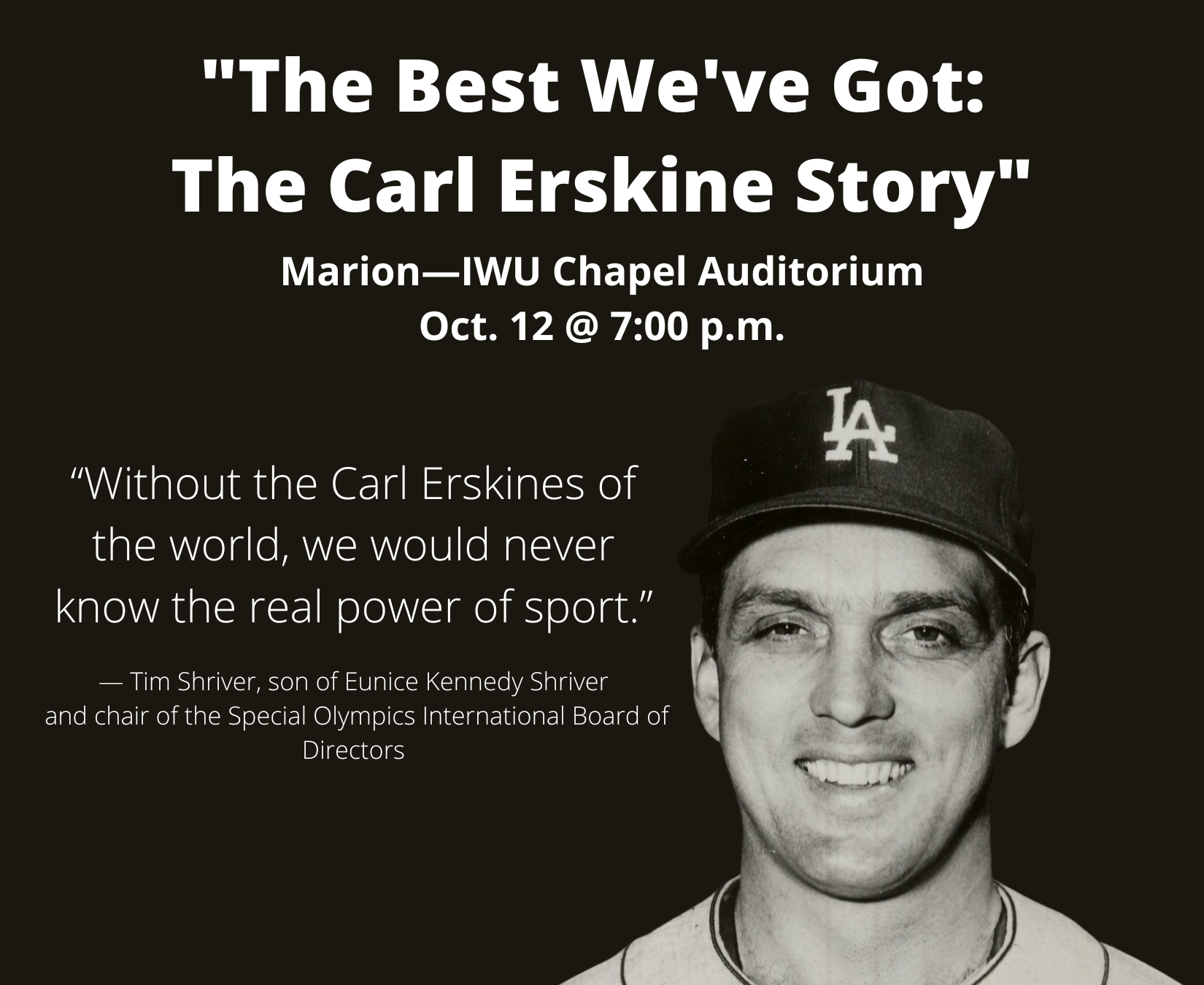